Academy Award winner Emma Stone stars in Disney’s Cruella, a new live-action feature film about the rebellious early days of the legendary Cruella de Vil, which is set in 1970s London amidst the punk rock revolution.

In the preliminary stages, the MPC Film team developed their approach through copious amounts of research. From watching Disney’s classic 101 Dalmatians animated feature, to studying the anatomy of dogs and using concept art.

Within MPC Film’s Character Lab, digital character experts began to develop 7 canines for the movie. By utilising a mixture of concept art, research, photogrammetry and plate photography, artists built CG models including the Baroness’ three Dalmatians, Cruella’s furry companion Buddy (seen as a puppy and a fully grown dog), and Wink, Horace’s eye-patched Chihuahua. The CG characters were modelled before being delivered to the rigging team, who used their expertise on canine anatomy to build each animal’s skeleton and muscle system. MPC’s groom team used proprietary software to create varying lengths of fur, tufts, and whiskers. 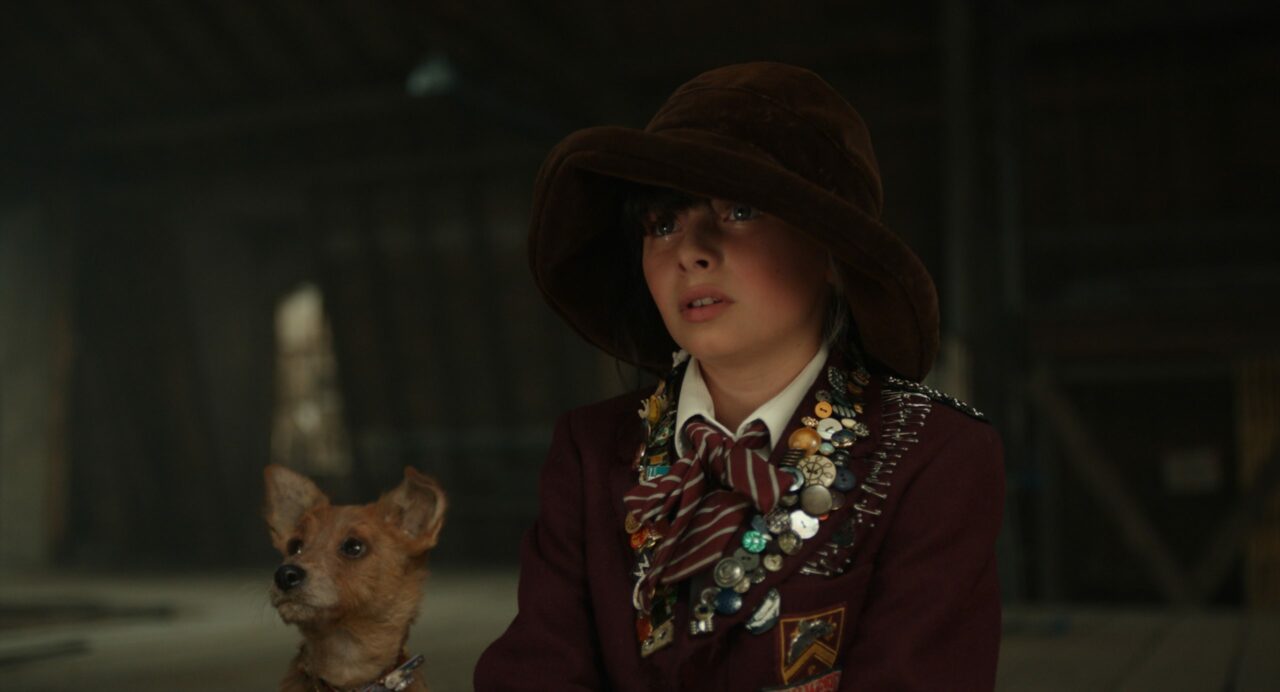 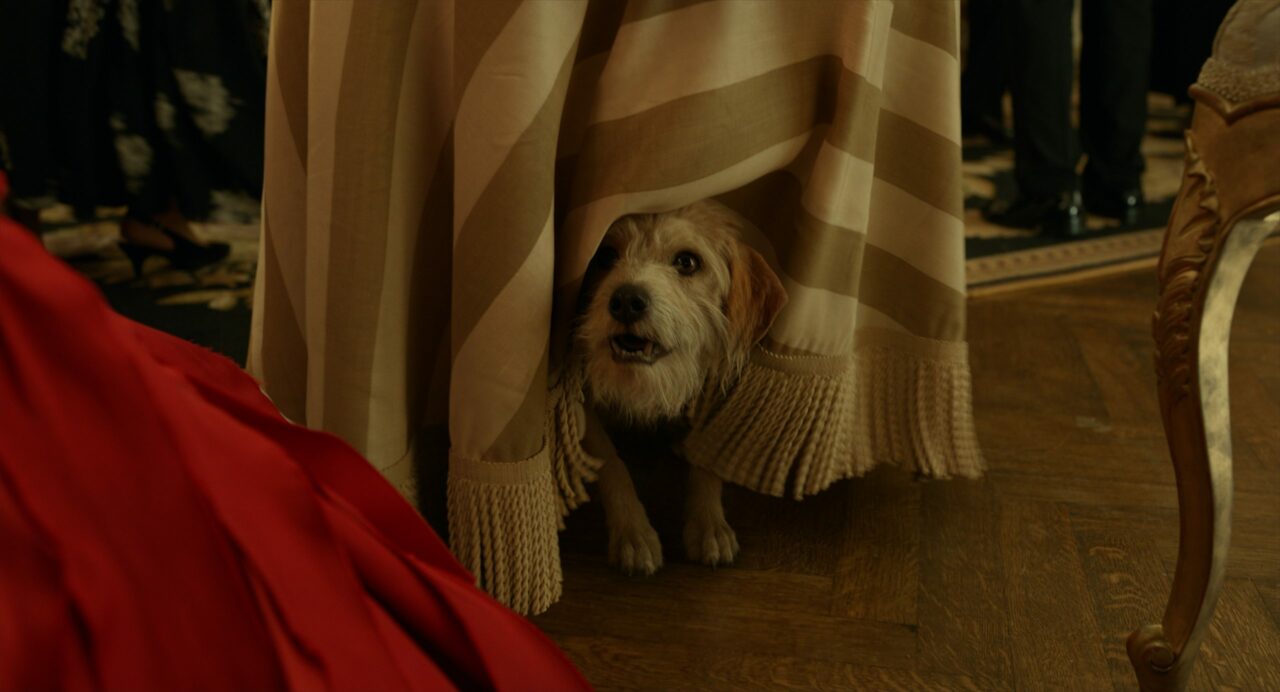 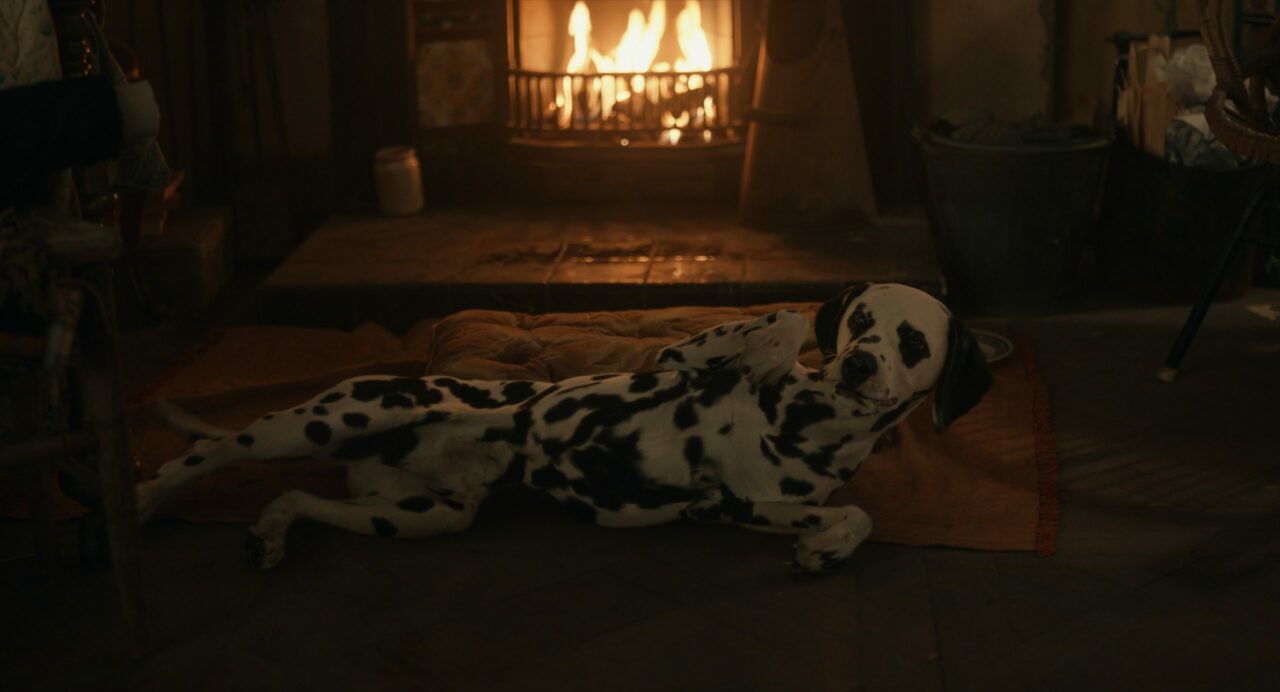 As well as the furry companions, MPC created the punk rock backdrop of the 1970’s London. By extensively researching the city’s history during this period, the team were able to recreate the landscape that saw some of the most significant changes in British society, such as women’s rights and the emerging punk rock culture. MPC’s Environment artists used 3D assets and digital matte paintings to transform present day London into the vibrant, fashion-forward streets of the 1970’s, as well as building a fully CG environment surrounding the Baroness’ Hellman Hall. One of the highlights of their work is a one and a half minute long shot featuring the iconic department store, Liberty of London, for which the compositing team had to seamlessly stitch together 7 different camera takes, using 2.5D and 3D set extensions to bridge between the various camera moves.

MPC also developed a number of Cruella’s notoriously fashionable outfits, the most notable piece being a dress made from over a thousand chrysalises. The team closely referenced concept art to accurately model the dormant insect pupa of a moth and then, using a proprietary crowd simulation tool, duplicate the extensive number of Chrysalis across the dress. It was essential that the Chrysalis was crafted to such detail that it would work in a close up shot where a moth hatches. Another highlight was a scene in which Cruella makes a spectacular entrance to a high society party in a white hooded cloak, which ignites into flames and drops to the floor revealing her iconic red dress.

MPC Visualization utilised character assets created by its Character Lab team in Montreal. The team’s predominate work largely consisted of animating CG dogs and compositing them into plates with a variety of complexity and lighting. Working alongside them was the Art Department. Senior Concept Artist Ivan Khomenko and Art Director Leandre Lagrange worked to flesh out the environments and key story moments envisioning Cruella’s world in 1970s London, by creating concept frames for the VFX team.

MPC’s post visualization team worked on 15 sequences within Cruella. When production began, workflow was quickly affected by COVID-19 resulting in the working conditions to promptly switch to fully remote. The Post-Vis artists continued their work on Cruella until the Autumn of 2020, followed by the VFX team wrapping in Spring of 2021. 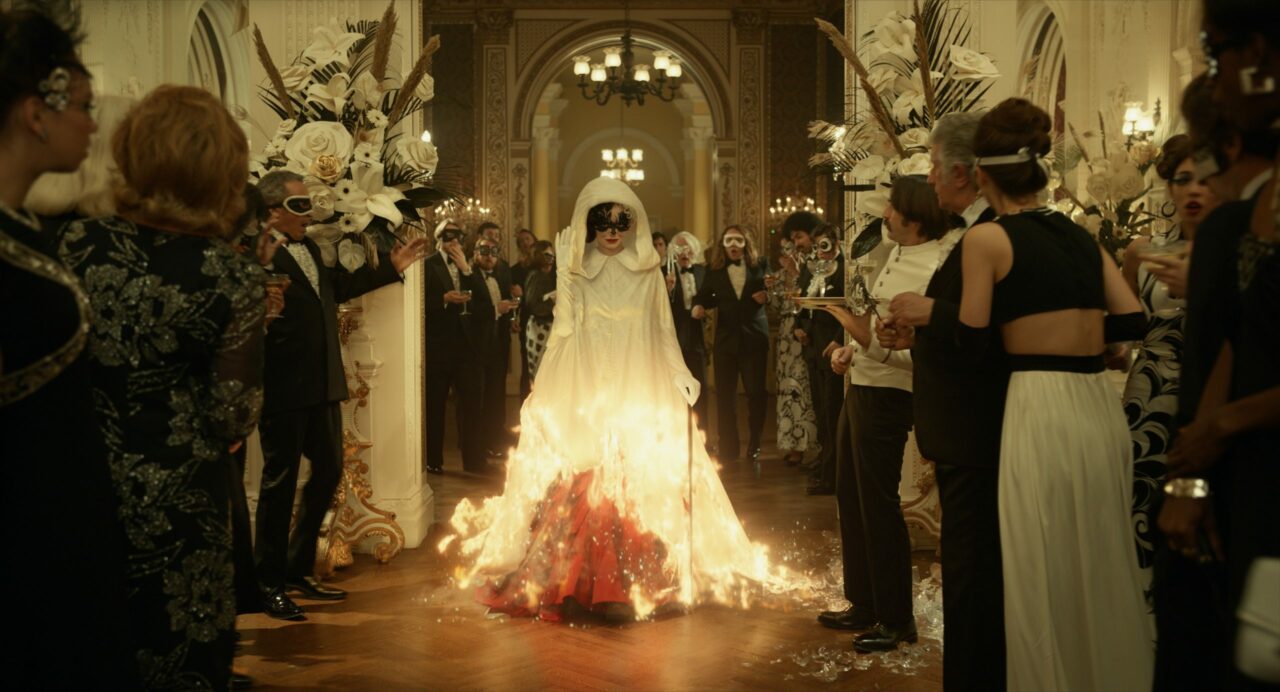 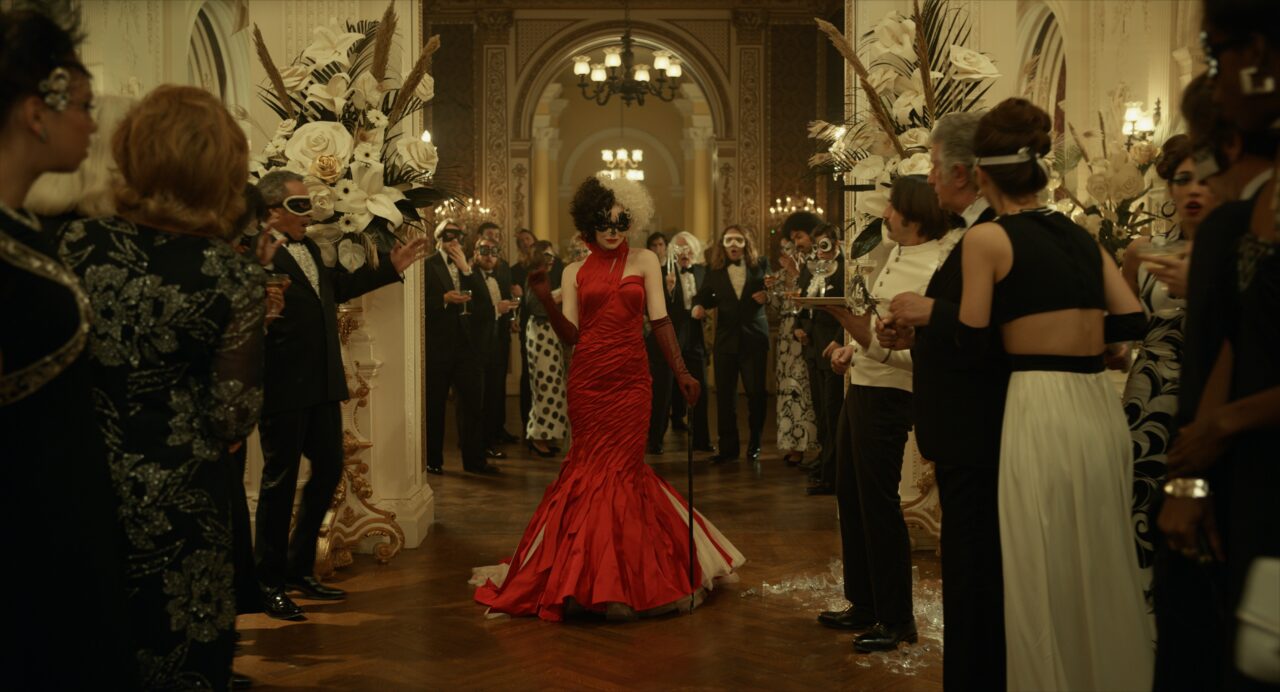 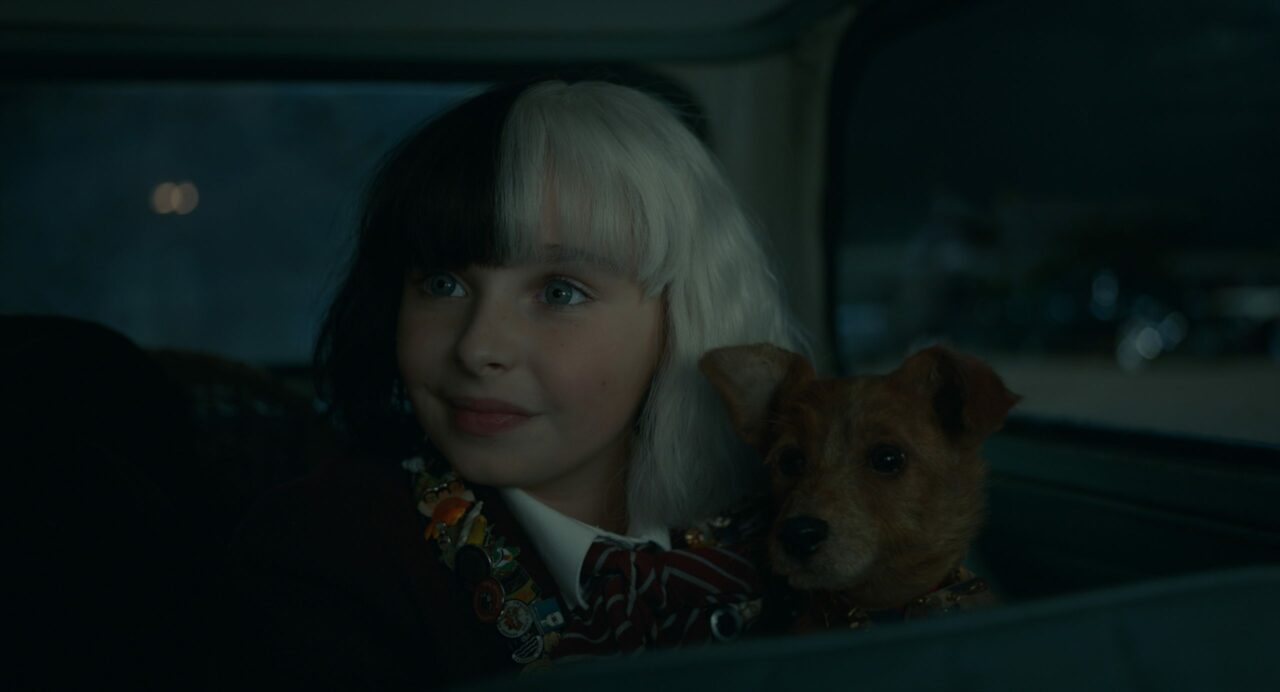 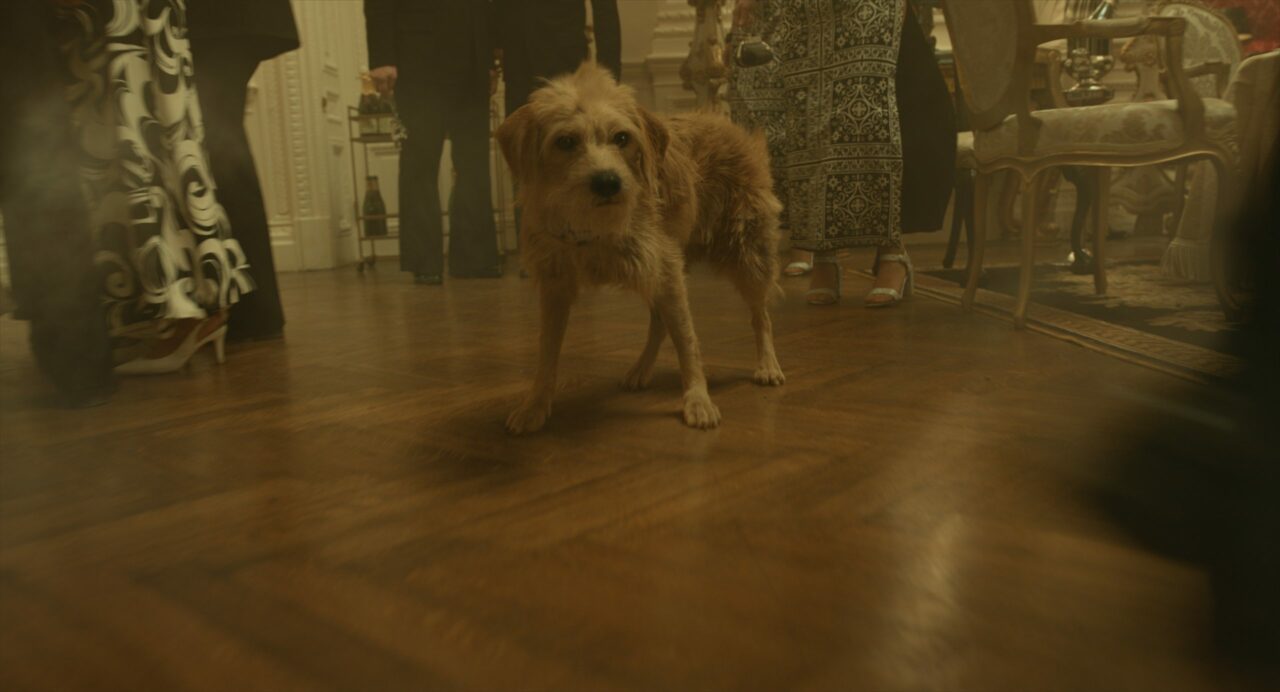 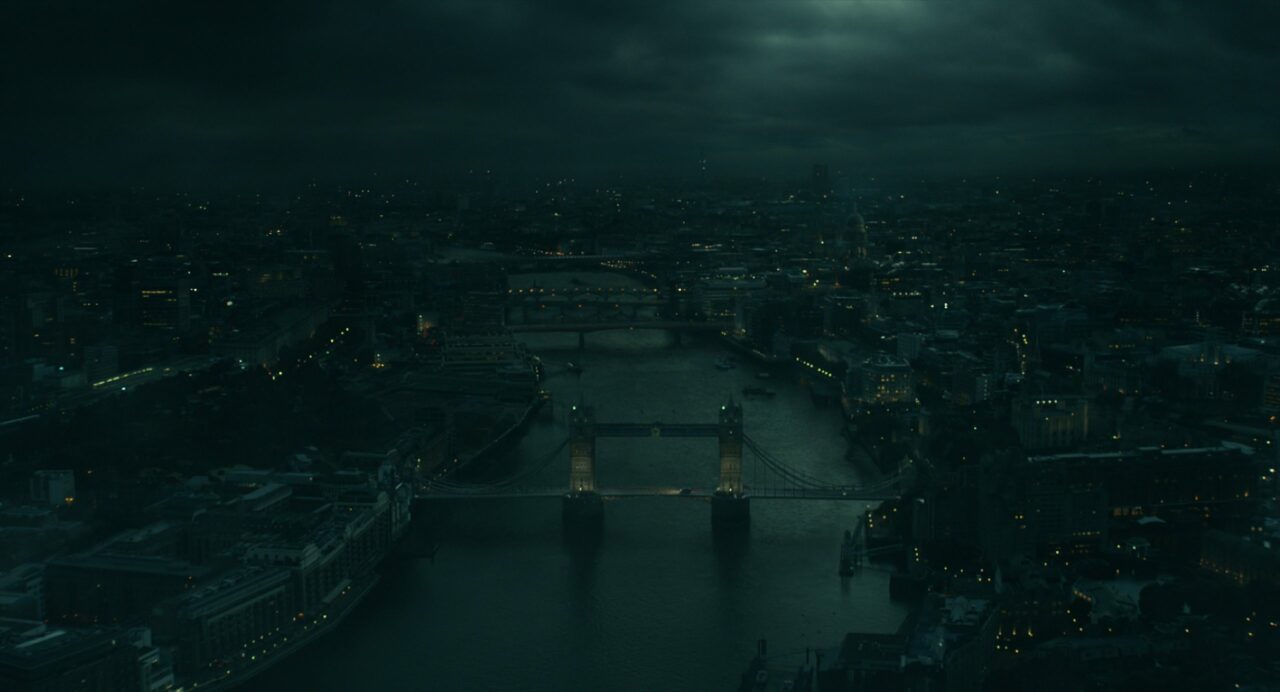 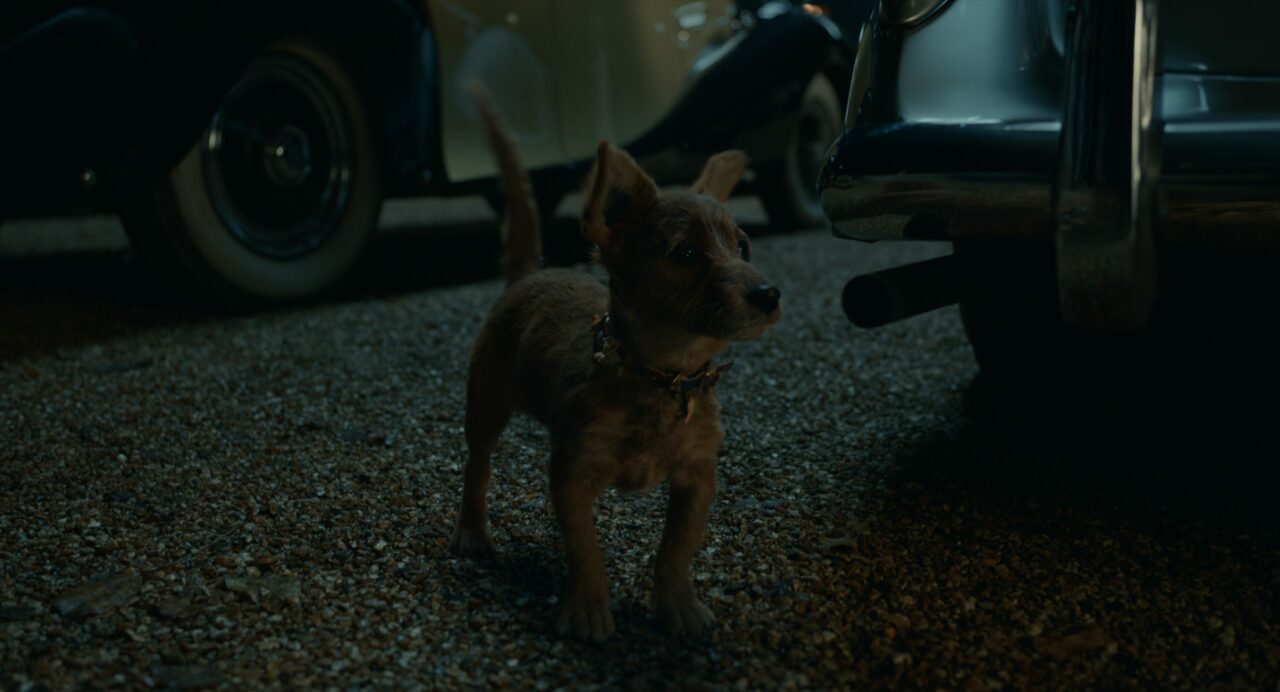 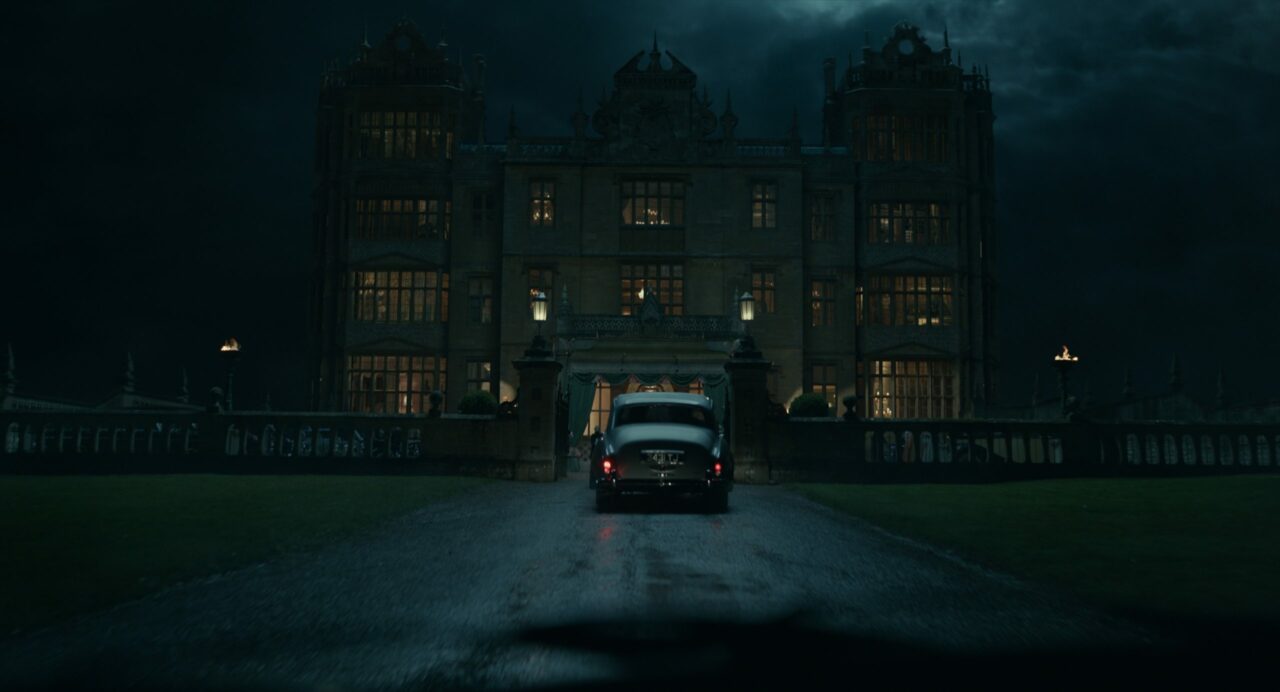 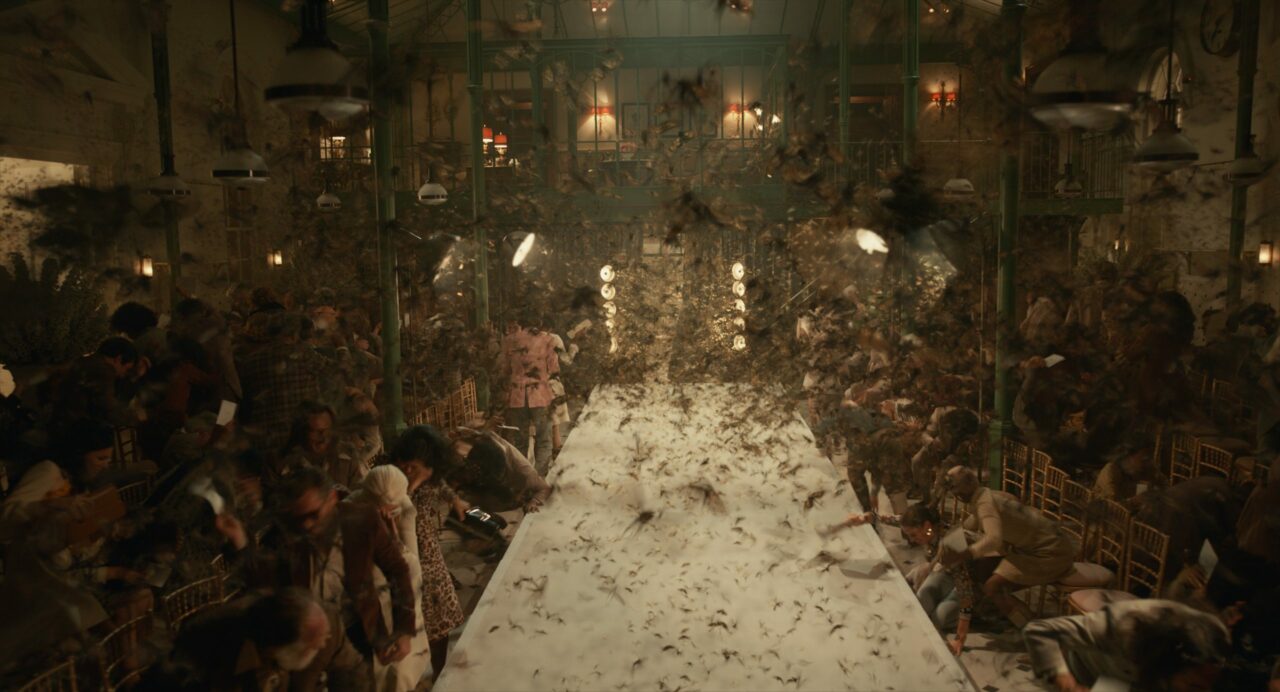 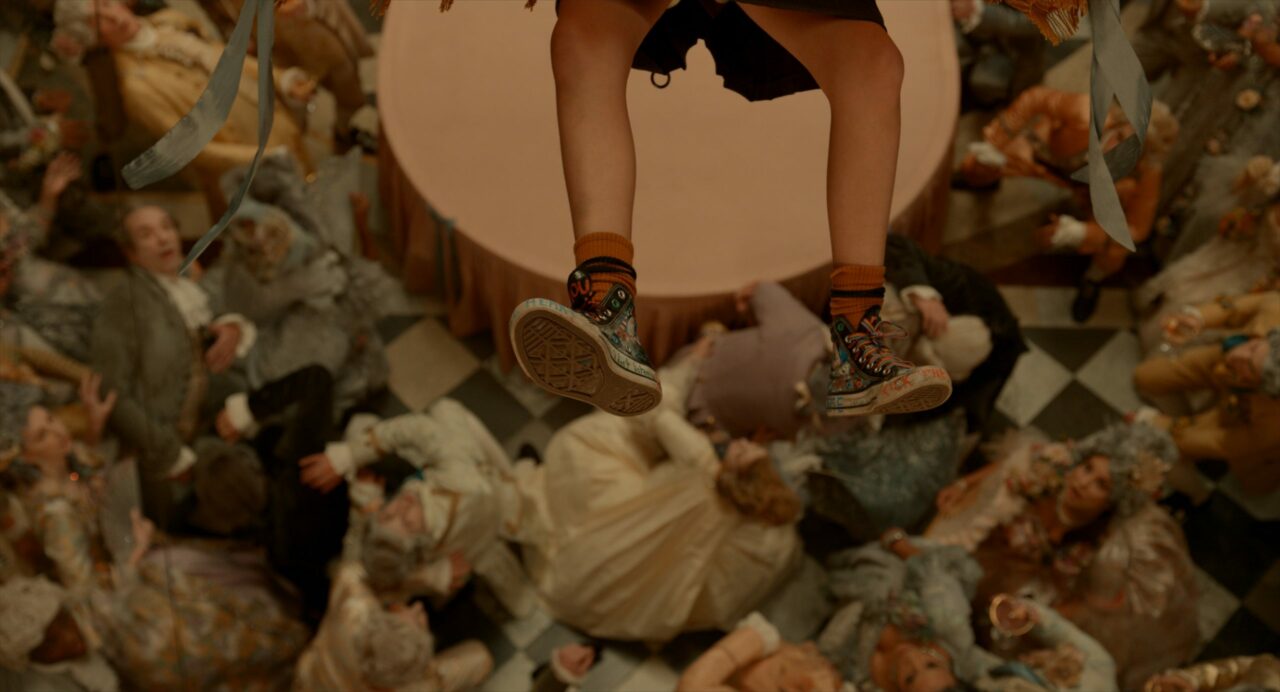 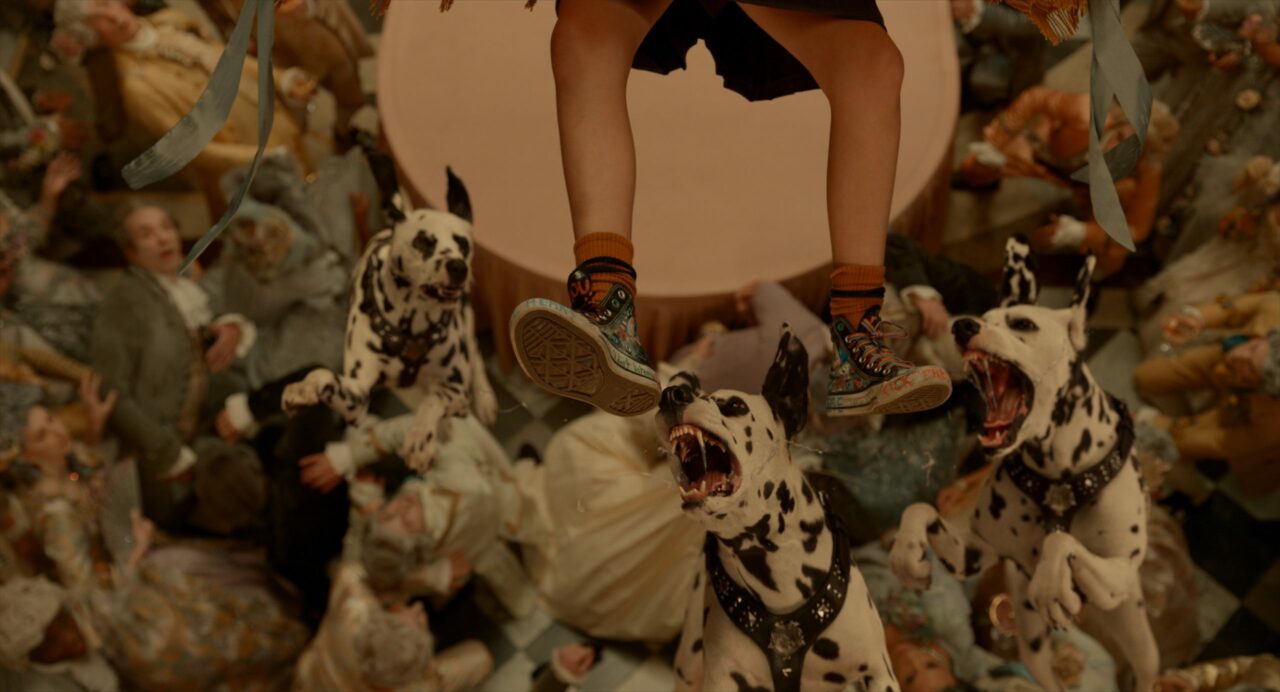 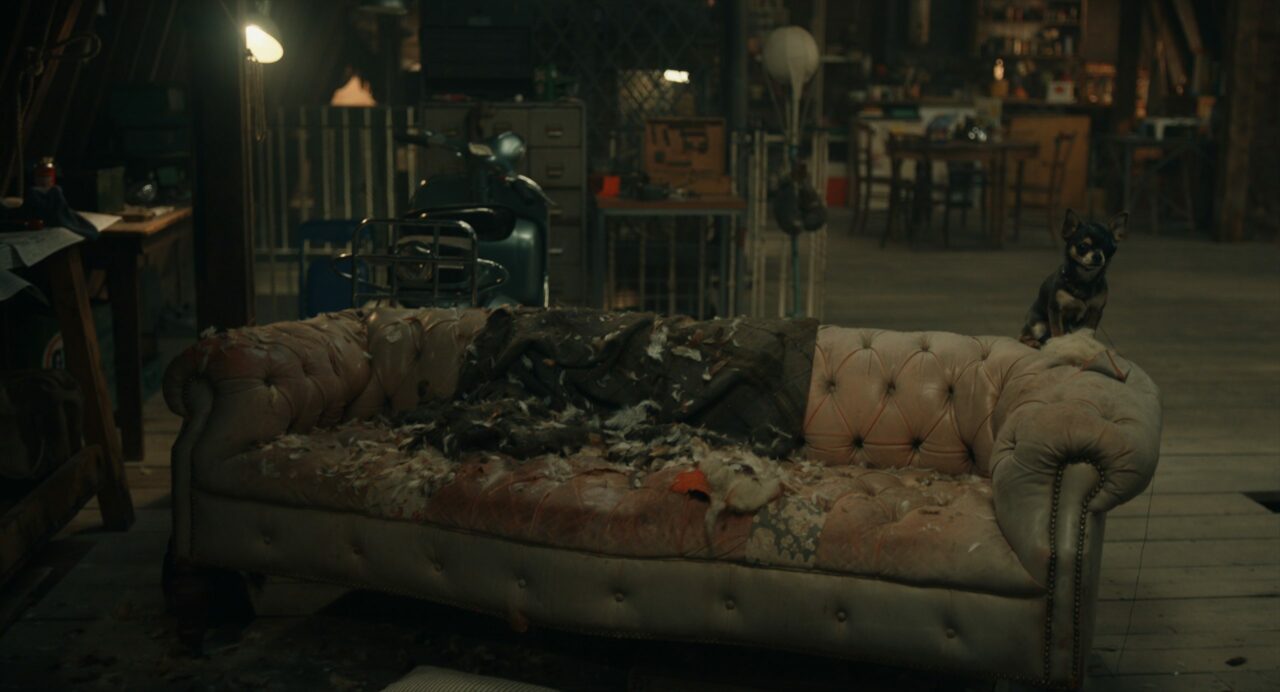 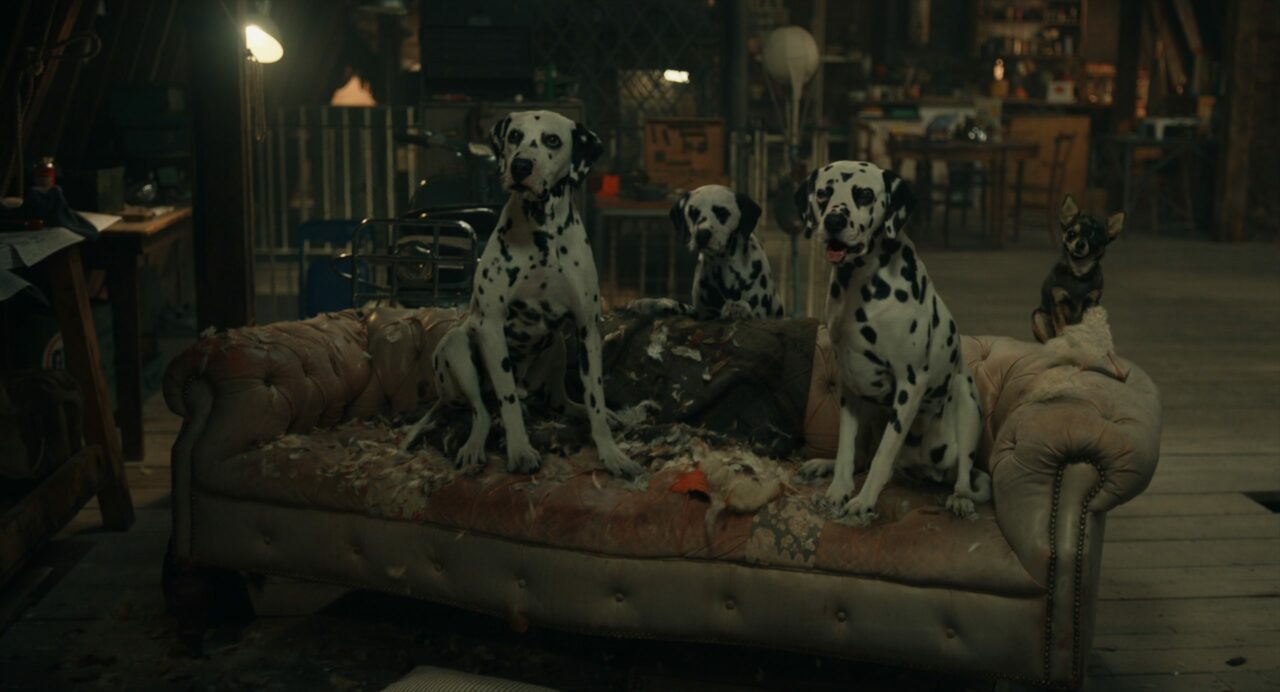 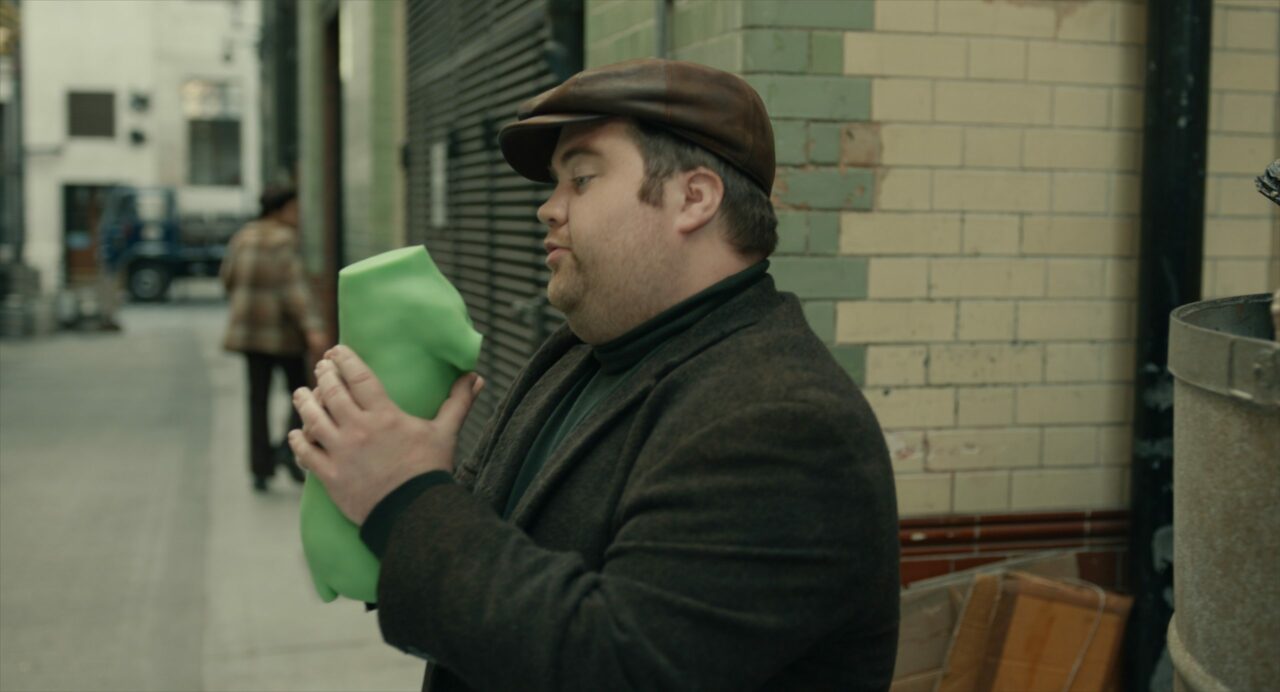 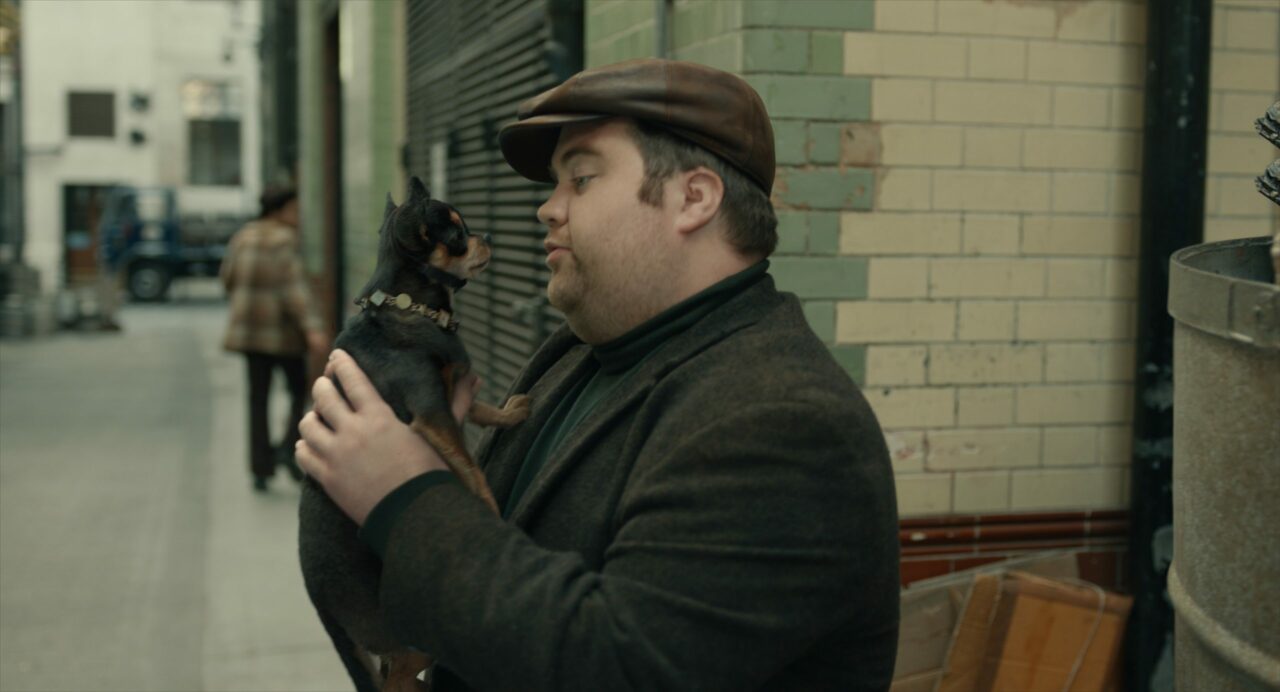