One of the most exciting challenges for MPC was to help bring two of the movies most terrifying creatures to life; the Xenomorph, the creature that featured in the 1979 ‘Alien,’ and a new species of alien, the Neomorph. For this movie, Scott wanted the freedom to move away from the ‘guy in a suit’ look of the Xenomorph from the original film and create a more unnatural version of the creature. The Xenomorph needed to have non-human proportions and its own physical signature but still be recognisable as the original Alien. H.R Giger’s original designs were continually referenced throughout the creation of this and there was a physical animatronic on set to match to, however a lot of work went into how this new version of the traditional Alien would move and a lot of different animal movements were incorporated into the animation. 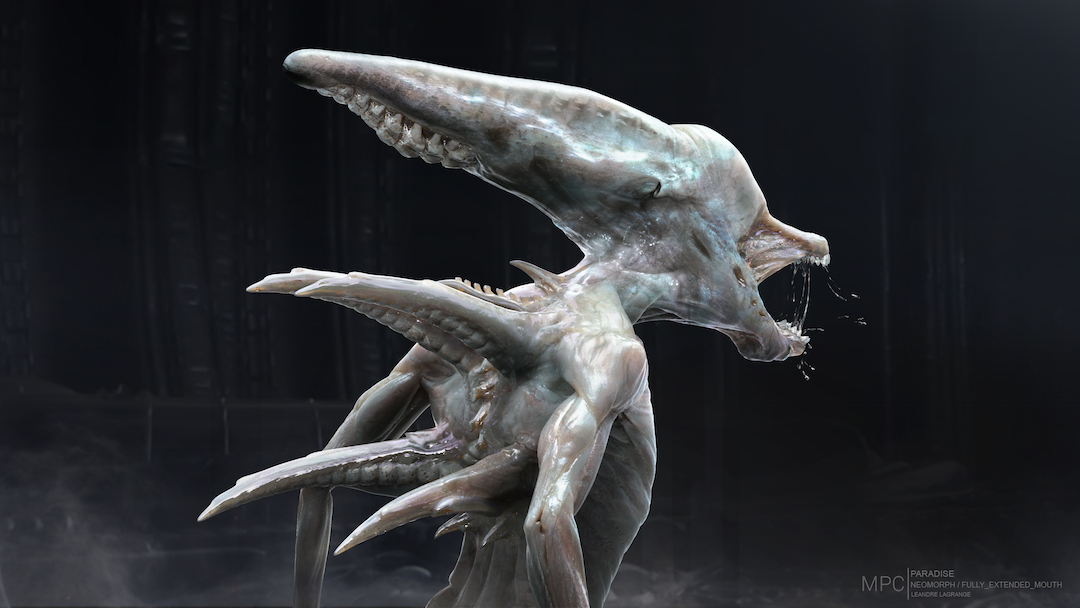 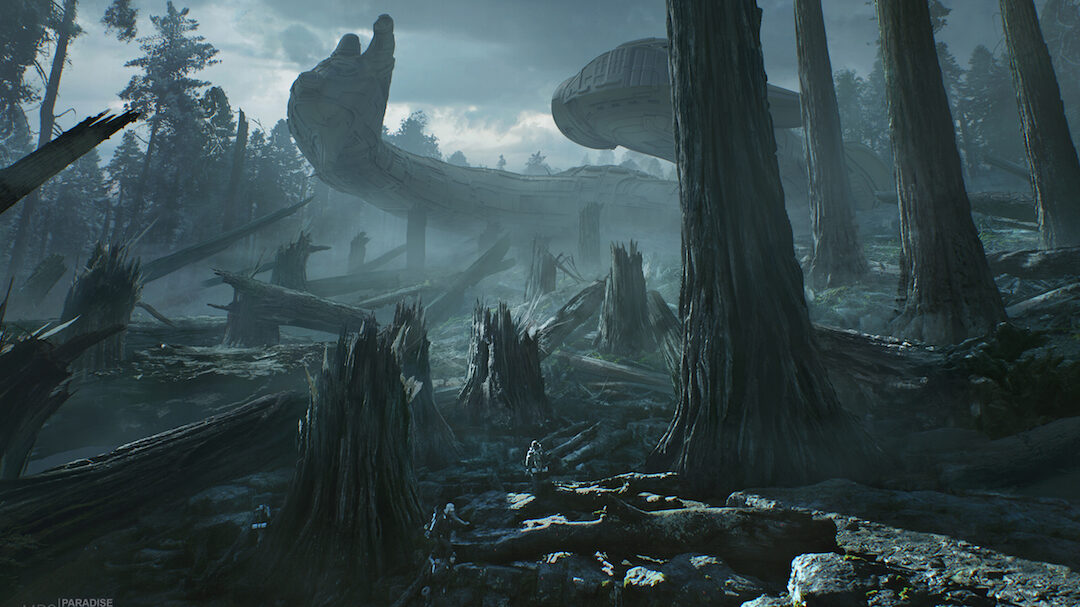 The MPC Visualization team first developed concept art for the title. Their work on the film ranged from the alien environment that the Covenant crew descends upon to the designs for both the Xenomorph and the new alien in the film, the Neomorph. 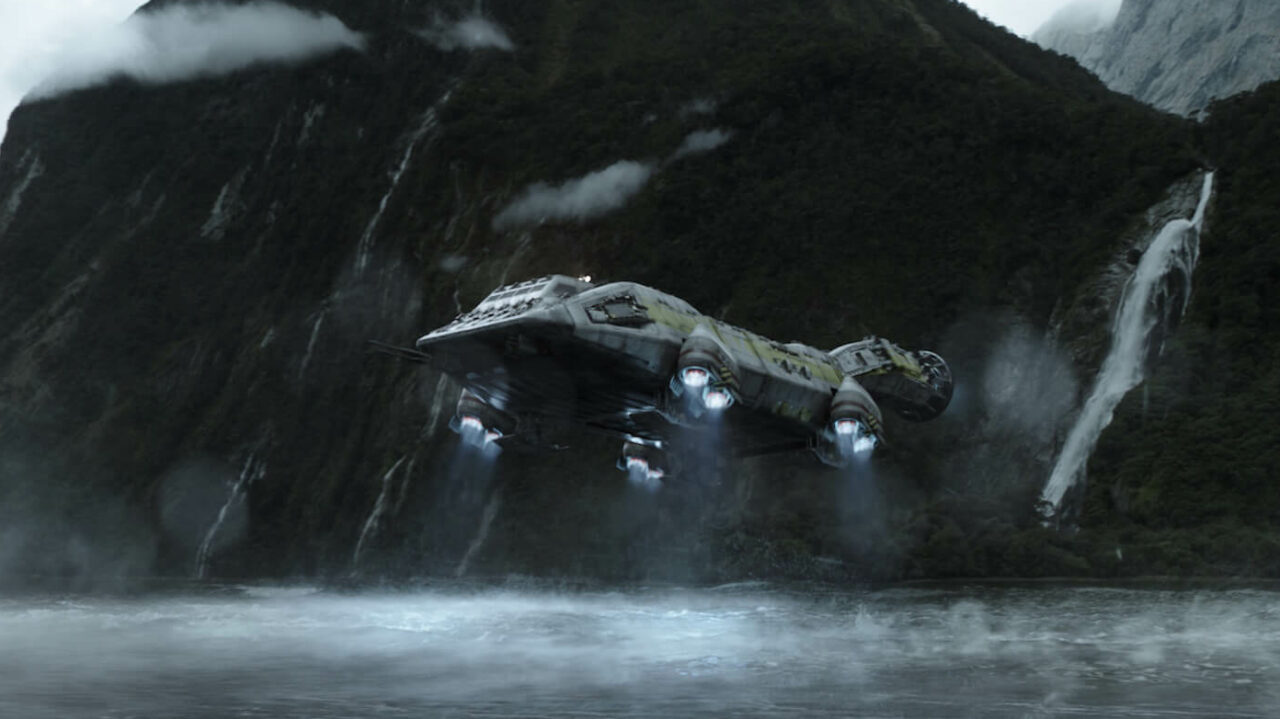 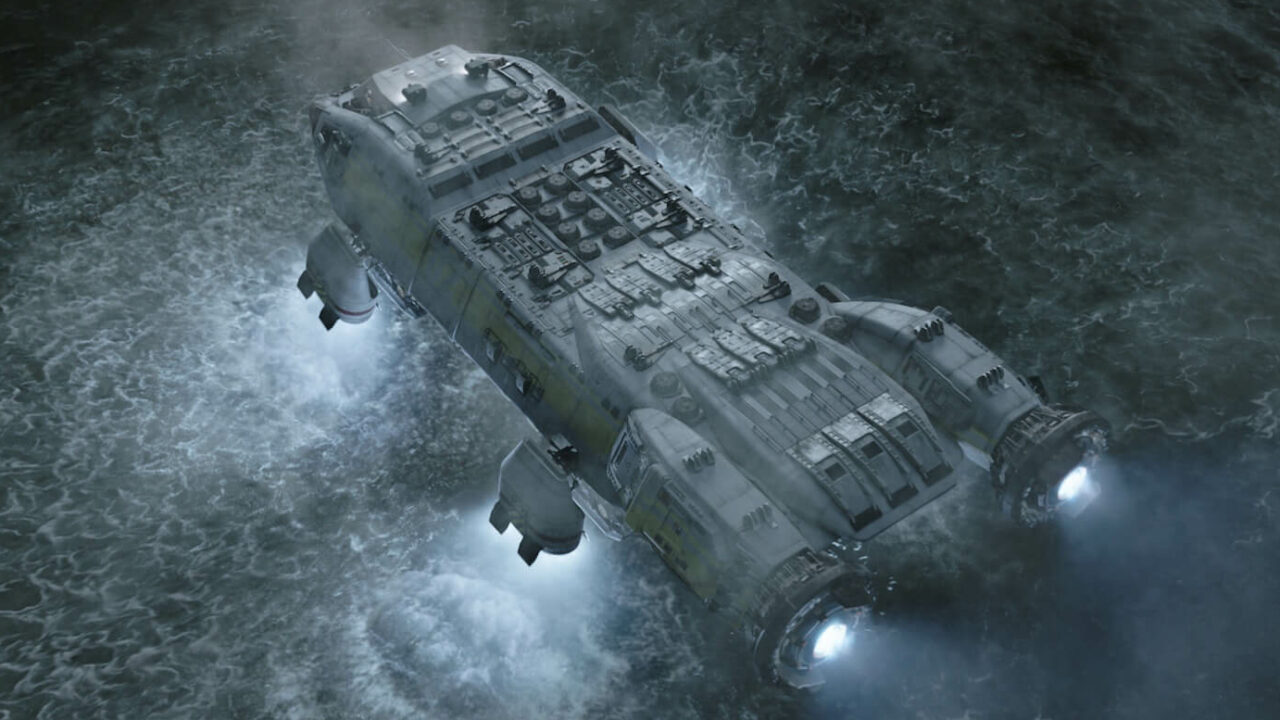 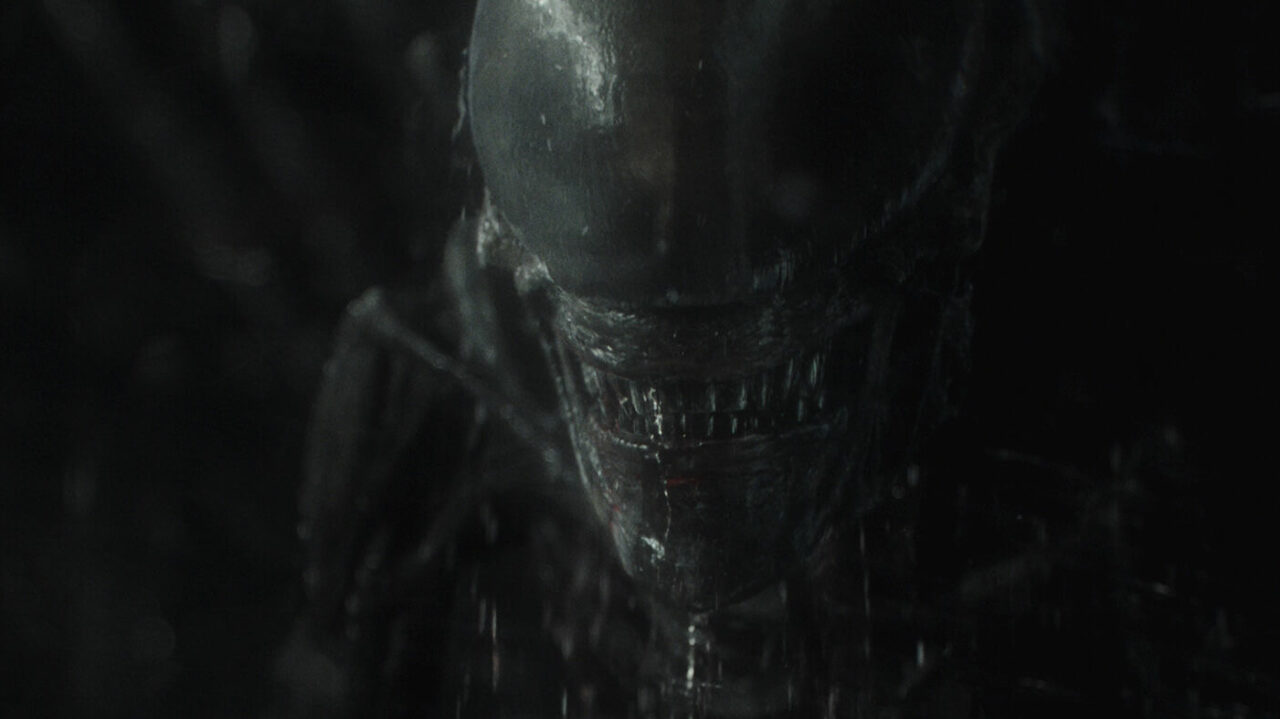 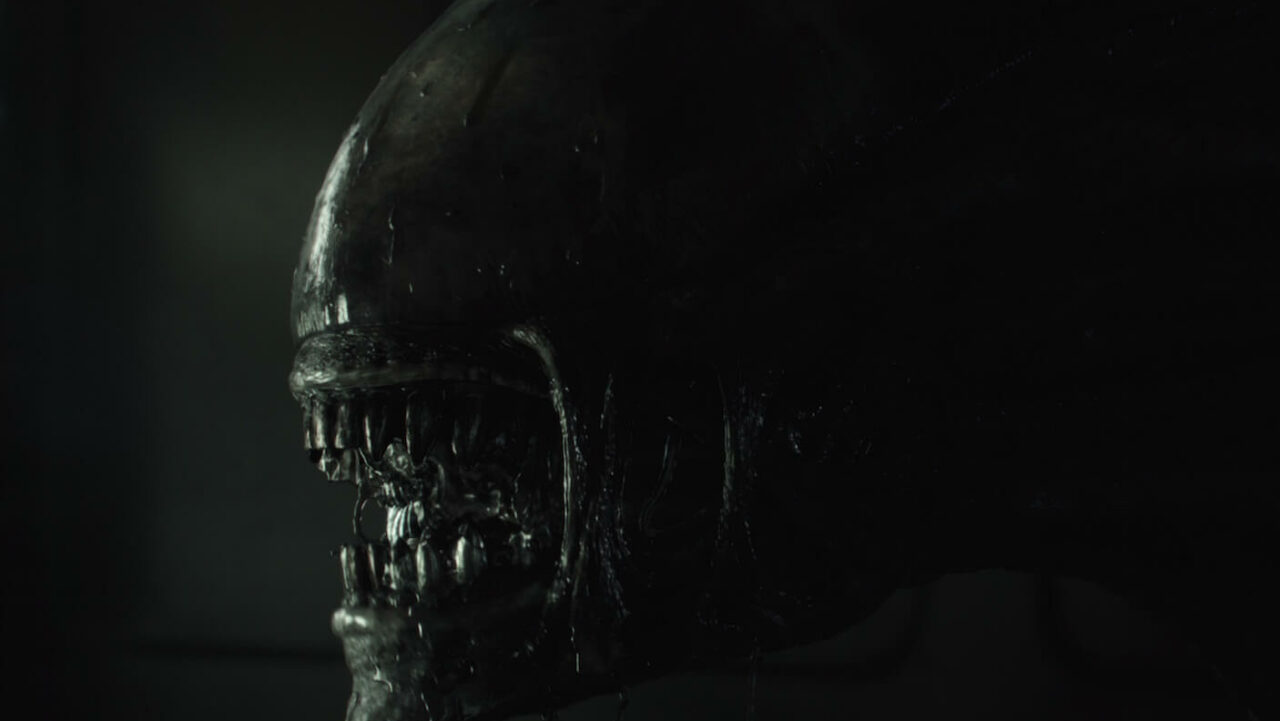 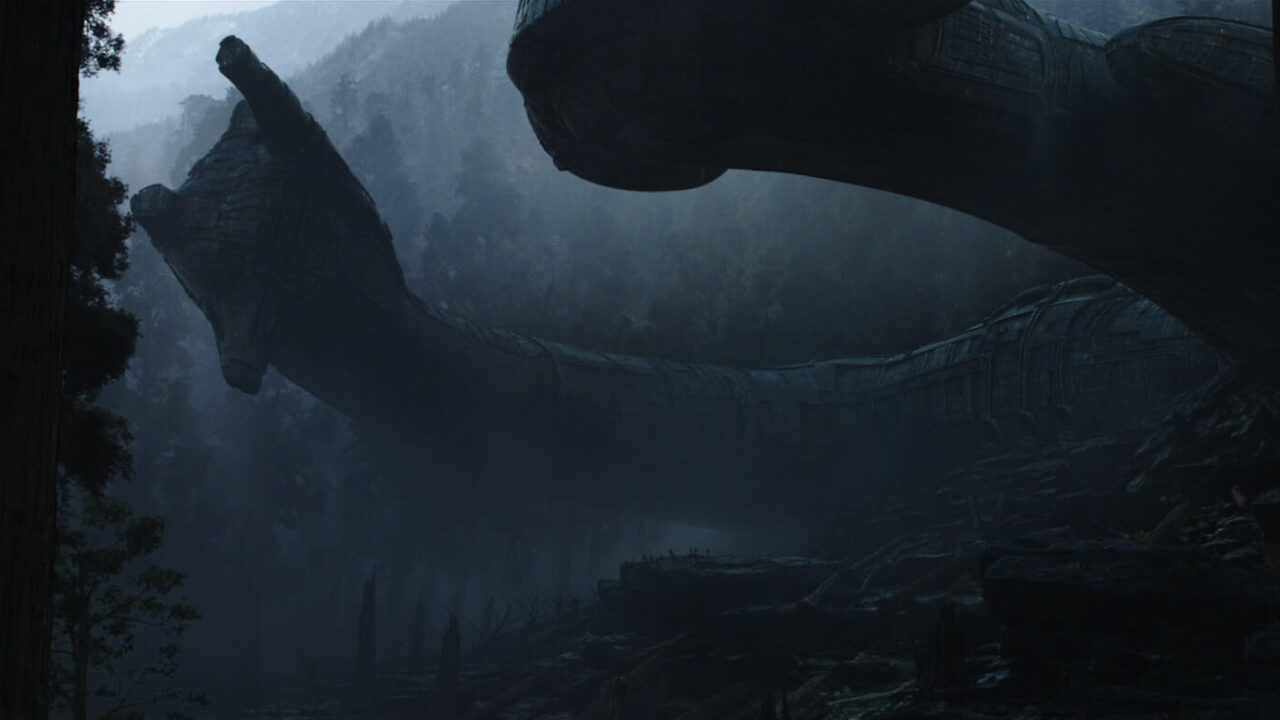 In a Flashback sequence, MPC then had to destroy this environment and the Engineers congregated in the plaza with a huge release of “Black Goo” as first seen in Prometheus. The creation of this fluid, and the decay of the engineers affected by it was a great challenge for the MPC FX team. The magnetic movement of this liquid when released and the very specific explosive zombification of the engineers by the Goo were very bespoke in almost every shot that it was in. Indeed, Alien: Covenant was a massive FX show for MPC with its FX team not only tasked with the destruction of 250000 engineers with black goo, but also the creation drool, blood, mist, clouds, cracking glass, bullet impacts, thruster effects and ships being ripped apart by explosions.

The final sequence of the movie, where Daniels and her team try to escape the city from the Xenomorph, illustrates this perfectly. For this sequence, the team developed new FX tools to blast the Engineer corpses from the ground as the lifter approaches. The engines also generate a great amount of pebbles and dust elements to give a moody and gritty feel to the shots.

Overall, this was an incredibly challenging show with a huge variety of work. What helped MPC, however, was that Ridley Scott, as always, knew exactly what he wanted from the concept stage which allowed MPC to concentrate on making the VFX truly spectacular and a major part of the films visual impact.